The game switched to a F2P distribution model. The second-year seasonal pass has expired, which means that you will have to pay for new content starting with the Shadowkeep DLC.

Old weapons are still good and can be improved up to the current level, but new perks may be in some places more interesting than old ones. On the other side, it is worth mentioning that many types of “old” weapons work perfectly even now in both PvE and PvP.

Along with the new zone, the Moon, new seasonal mechanics were also added. With Shadowkeep, you also buy a seasonal pass. It gives a lot of awards, opened at each level of the season, among which there are both visual and quite self-influencing your progress. The promotion of the season is the most obvious of all methods: gaining experience from different sources. For example, among the awards of the season you can find a chic exotic gun, new ghost shells, epic engrams and a special artifact with seasonal hero enhancements.

As for Shadowkeep itself, it’s a classic DLC for Destiny 2. Of course, you’ll get a new campaign here. You will face a new type of enemy – Nightmares. And how gorgeous new weapons are! The exotic hand cannon tears the enemies to blood pieces, new machine guns and assault rifles are even better than the old ones. And yeah, many people will like the new epic bow!

The plot tells about a former Guardian who went to the Moon to fight alone with some mysterious threat… and after it, she vanished there. And then she just appeared, almost “intact” – and that’s where you get in! I will say even more – sometimes Shadowkeep suddenly becomes almost a true sci-fi horror. Obscure music, creepy locations, and even conversations are filled with some transcendental level of despair. Ooh, stylish!

Of course, the whole process will be diluted with all kinds of events and new tasks. For example, you will be waiting for the invasion of the Vex, which is very rich for mini-events and separate missions. We also have to hunt Nightmares both in special missions on the Moon and in the lost sectors around the Galaxy.

The whole system is now tied to contracts. They split into weekly and daily, as always. Generally, you should pick lots of them and proceed with the “execution”. There are even, attention (!), contracts for the execution of contracts. It’s almost pointless to go to the Crucible, Gambit, Raids, or any of the planets without contracts since otherwise weekly powerful engrams cannot be obtained.

And there are now finishing moves with astonishing animations – just hold down the melee button next to a badly beaten enemy, and the Guardian will stylishly finish the enemy once and for all.

There are also new secret locations, Easter eggs and long quest chains leading to Exotic items (we bet you already want those). The Crucible is full of various modes, the Gambit pleases with intense battles, the Raids are presented in several difficulties at once, and the Assaults or the Nightmare hunting will make it possible to diversify tasks that are already different from each other even more. Speaking straight – it’s fun!

Shadowkeep is the very beginning of the adventures of the third year. The transition of the game to the Steam platform and the F2P model with an impressive amount of content is great news.

In conclusion, if you follow Destiny, then you simply don’t have any options with Shadowkeep – you need to take it away and try it!

If you are just about to begin your Galactic Journey, now is the right time for Shadowkeep as well! At least now you can get acquainted with the game absolutely free!

See you in Deep Space, Guardian! 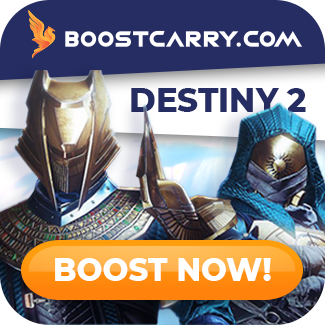