We will get you through Mythic+10 Dungeons with all possible desired options you might think of in Shadowlands with up to 15% discount. The more Mythic+ Dungeons your order – the lower the price.

You can book each run for custom date and start run at any time you want.

PLEASE NOTE: We are ready to provide leather or plate loot traders for +7 – +10 dungeons (please, contact the operators via LiveChat before placing the order to check availability). Personal loot only available for other difficulties. One item or two items (if “in timer” option is selected) are dropping per team. With personal loot system, you have CHANCE to get item(s).

This is the fastest way to gear up. If you want to have an additional chance to equip your character with 430+ gear in every slot fully, you can choose the “+5 additional runs” option.

Take notice: after putting your Keystone into the Fond of Power, you CAN NOT get your Keystone back – you need to finish the dungeon in time to upgrade your Keystone to bigger numbers. If you fail, your Keystone will be “wasted” and you can’t get the same Keystone back, which means that you won’t be able to try again – you have only ONE attempt per Keystone! 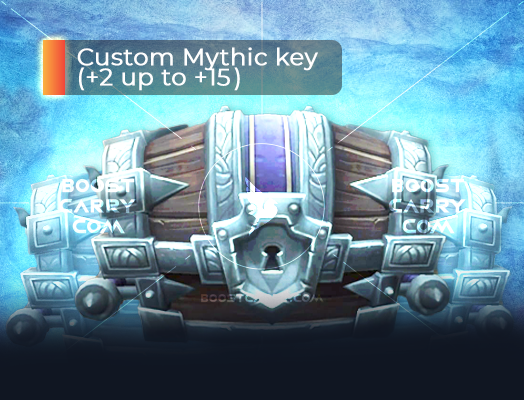