Mythic 15 carry is not just a dungeon run to get a weekly reward; it’s also a great way to avoid wasting extra time with random players and to dress your character quite well.

It is also can be called the “Key” system because it implies that after completing a dungeon, you will get a Keystone for another one with some initial Keystone level. For example, your first Mythic Difficulty dungeon ever (it can also be called a +0 Mythic) will reward you with random Keystone – it can be +2 or +3 modifier, let us say. It means that in your next visit to the standard Mythic dungeon, you will see a small golden chalice on a pedestal at the beginning of this dungeon (Font of Power) – you can click on it and put your available Keystone in there. This will enable the timer for your Mythic + dungeon and upgrade your enemies accordingly to your Keystone level.

Take notice: after putting your Keystone into the Fond of Power, you CAN NOT get your Keystone back – you need to finish the dungeon in time to upgrade your Keystone to bigger numbers. If you fail, your Keystone will be “wasted,” and you can’t get the same Keystone back, which means that you won’t be able to try again – you have only ONE attempt per Keystone!

Get Mythics+15 carry and choose a band to your liking on Boostcarry! In the weekly chest, you will find 130 ilvl with spoilage and Titan’s Dust.

Mythic 15 carry is the best way to get loot in the first raid weeks, don’t miss the chance to stock up quickly.

With 15 Mythic carry, you get an achievement Battle for Azeroth Keystone Master: Season Four, a Keystone Conqueror achievement, 130 desecrated items from a week’s chest, and all the gear you get in the dungeons stays in your bag.

Boostcarry will trade all the loot you get for sale. Characters of a similar armor type can also be added to the Mythic 15 run for a higher chance to get your desired gear. What’s more – you can choose a custom date for a run!

Mythic 15 carry for gold is a weekly award of level 130 with a 100% chance of desecration. Besides, this is a chance to loot Azerite armor 130+ level! Believe us, you don’t want to miss it! 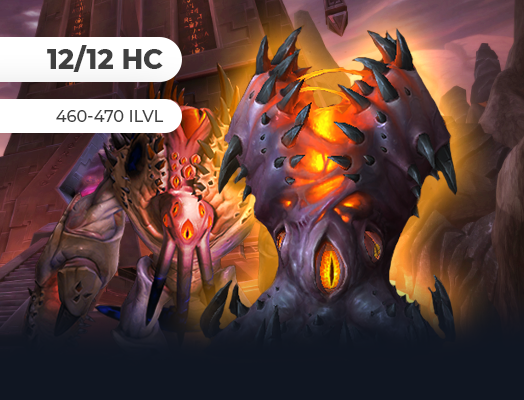