World of Warcraft: Shadowlands is releasing later this year, and fans couldn’t be more excited! This eighth expansion to World of Warcraft is bringing a huge amount of updated content – including class changes. After analyzing the changes, we’ve predicted what classes will be good in Shadowlands, and which ones are a little lackluster. Read on to find out our top picks!

There are 12 classes available to play as in WoW: Shadowlands.

There is a huge change coming to WoW Shadowlands: class unpruning. Over the past several years, many class abilities were turned into talents or removed altogether. With the new expansion, these abilities are now returning to players. During Blizzcon 2019, some of the unpruned abilities were revealed, but we anticipate that the expansion will bring back even more. Just to give you an example of what the upruning process will look like, let’s take a look at the class changes to Death Knights.

We aren’t going to go into every single change – but, as you can see, classes will become more innately powerful from the baseline.

What Class Should I Play as in Shadowlands?

We’ve compiled a Shadowlands class tier list for your convenience. The Shadowlands class rankings are organized by their overall PvE DPS (Damage per Second) performance at Level 60. This applies to both Area of Effect and Single Target situations. The best DPS Shadowlands classes will be at the top of the list.

We’re starting off our list with the best DPS class to play in Shadowlands: the Warlock. This powerful class allows

Curses are returning to WoW: Shadowlands – the Curse of Doom, the Curse of Recklessness, the Curse of Tongues, and the Curse of Weakness are all coming back as baseline abilities. Curses are abilities that debuff your opponent. You can only have one active curse on a target, per warlock. By taking advantage of these curses, you can inflict 6794 Shadow damage (Curse of Doom), increase the casting time of your opponent’s spells (Curse of Tongues), increase your enemy’s attack power but reduce their armor by 10% (Curse of Recklessness), and reduce their attack power by 30% (Curse of Weakness).

When you couple the innate debuffing ability of a Warlock with a Destruction specialization, you’ll have an incredibly powerful character that has the highest potential DPS.

While we predict that the Warlock will be the best class for Shadowlands 2020, the Mage comes in at a close 2nd. All specializations of Mages will now be able to access Frostbolt, Fire Blast, and Arcane Explosion. In the previous expansion, you could only use the spell that was relevant to your specialization. All specializations also have mirror image as a baseline ability now. However, the Arcane Mage is the only one that now has Touch of the Magi as a baseline ability, which gives it an edge over Frost and Fire Mages.

When you use Arcane Blast (which already does an extraordinary amount of damage), there is a 10% chance that Touch of the Magi will be triggered. It will gather 15% of the damage that you dealt to the targeted enemy for 8 seconds. Then, the spell will explode, dealing that accumulated amount of damage to the target AND all nearby foes.

Due to the unpruning update, all specializations of Hunters can now do Arcane Shot, Hunter’s Mark, Eye of the Beast, Kill Shot, Tranquilizing Shot, and Scare Beast. Marksmanship Hunters, however, are the only specializations that can use Volley as a talent. When Volley is active, your Hunter’s auto attacks will spend 3 Focus and launch a barrage of arrows towards the target and nearby enemies. The volley will deal 13.104% of your Attack Power in extra Physical Damage. When you use that, while also taking advantage of other abilities like Hunter’s Mark (increase damage by 5%) and Kill shot (deal 600% physical damage, your Hunter becomes a damage machine.

All Rogue specializations will have Shiv as a baseline ability – this allows your character to deal 41.106% of your attack power in physical damage, cancel out enrage effects, and reduce their movement speed by 70%. When you use Shiv as an Assassination Rogue,  you’ll also apply three types of poison to the target: Deadly, Wound, and Crippling. What’s more, Assassination Rogues can use the Ambush ability to stealthily cause 95.472% of attack power in physical damage to their foe.

Now that we’ve taken a look at the top DPS Shadowlands classes, we’ll show you which one is at the very bottom of our list.

What’s the Worst Class to Play As?

The Enhancement Shaman is all the way at the bottom of the Shadowlands class ranking, as this class has the lowest potential for DPS. It was already a weak class before Shadowlands, but it has been weakened even further by the removal of the Maelstrom resource.

This change is shifting Enhancement Shamans away from its builder-spender type of gameplay and placing more focus on cooldown management. This isn’t to say that you should never play as an Enhancement Shaman – their abilities are very fun, and you can definitely have a great time playing as them. You just won’t have as much capacity for damage as you would with the other classes.

Which class are you most looking forward to playing as when WoW: Shadowlands launches? Let us know! 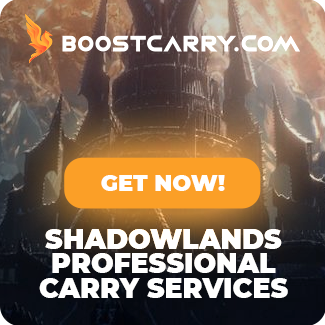