Unlocking flying in Rise of Azshara

At long last, you can fly to the skies (and get your Pathfinder) in the latest update for World of Warcraft – Battle for Azeroth! We have been waiting for flying so long – and now it’s here.

But, as it always comes with Pathfinder achievements, you need to do some prerequisites to get your flying.

In case you have played (or playing actively now) Battle for Azeroth expansion, you may already have Battle for Azeroth Part One finished. Pathfinder, Part Two is available since the release of 8.2 and it will take two or three weeks to complete it (if you’re a casual player). You shouldn’t expect to be able to fly immediately – Pathfinder will take some time and you should prepare yourself for it.

If you are new to Battle for Azeroth, you should expect Pathfinder (your future flying) to take at least a month of grinding. To cheer you up we will say that these Pathfinder meta-achievements, fortunately, are account-wide. So, after doing these meta-achievements (both Pathfinders 1&2) at once, you will be able to fly on all your characters.

While doing Pathfinder meta-achievements you can simply get “lost”. In order to prevent this and help you get your Battle for Azeroth flying Wowhead has a wonderful tracking rig – it will show you what “fly-steps” you are at and what Pathfinder steps you need in the nearest future. Find it here – it will show you exactly what you have to do for your Pathfinder flying right now.

Now let’s see in detail what you must accomplish to get Pathfinder meta-achievements and, finally, unlock flying in Battle for Azeroth.

Battle for Azeroth Pathfinder, Part One

First part is the most saturated one for unlocking Battle for Azeroth flying. This is due to you are expected to have been playing since the release of the expansion. There is a huge grind wall waiting for you that will stop you for some period of time for sure – the “Azerothian Diplomat”, which requires ‘Revered’ reputation level with six main factions in Battle for Azeroth expansion – being able to fly is not that easy, friend. This Battle for Azeroth Pathfinder achievement can take casual player several months to complete it.

It may sound quite complicated. You should just know that Pathfinder 1 is actually a bunch of standalone achievements, and they contain several smaller achievements, that you have to complete to be able to fly. Let’s take a closer look at the achievements you need to get and what they require:

·         Battle for Azeroth Explorer: Fully explore Kul Tiras and Zandalar. Both continents have three zones inside them, and each zone has its own achievement for being explored. You can find all the zones you need to discover HERE.

·         Azerothian Diplomat: Earn Revered reputation level with each of the six main factions in Battle for Azeroth. Grind wall. It will take most of your time and there is no way to speed it up (because you are unable to fly yet)  – just do all the World Quests you can find. And don’t forget about Emissary Quests. Never!

·         Loremaster of Kul Tiras (for the Alliance) or Zandalar Forever! (for the Horde): Complete each zone-specific story quests for your faction’s starting zone. Just follow the Main Storyline and don’t leave a single quest – and it’s yours.

The second part of the Pathfinder flying achievement is a little bit easier to obtain. First requirement – “Battle for Azeroth Pathfinder, Part One” you have already done, so there is a last big effort left. Rest of requirements you can finish in a two-week period in case of heavy everyday grinding. If you continue your casual and everyday-like posture, then it will take up to a month or two.

·         Explore Nazjatar: You must explore each of the locations in Nazjatar to fully explore it. Just go there.

·         Explore Mechagon: Same thing here, but for Mechagon Island. Just go to each location at least once.

This is it – you are able to fly now! We hope that you have been playing since the launch of Battle for Azeroth. If the answer is “no’, then you should prepare yourself for months of tedious and iterative grinding… There is a detailed guide on Wowhead that breaks down the requirements even further. Every single achievement is described there – and you can even find exact coordinates of areas you need to discover and much-much more…Don’t waste your time – play wisely!

P.S. And if you decided for yourself, that you don’t have that terrifying amount of time for farming and completing Flying Requirements in Battle for Azeroth, we can always help you! Check out our flying solution:

And of course, you are welcome to choose something else to your taste. Stay with us – play effectively! 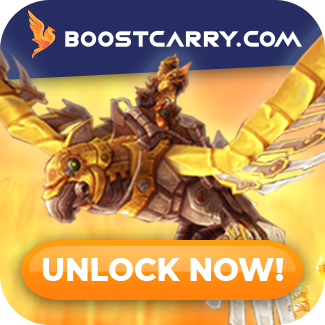